How a grandmother encourages her seven-year-old grandson to write

I received a note from a reader, describing how she teaches her grandson to write.  The boy, who turned seven this summer, is an active skateboarder, bike rider and swimmer, but he finds school work hard.  I contacted the grandmother, and here is our conversation: 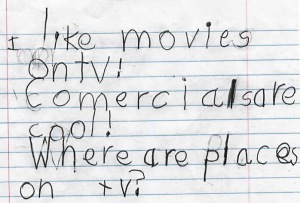 No.  He hates to begin.  But once he starts, he relaxes and actually enjoys it.  He feels pride in his work.

How do you get him started?

Late afternoon is best when I am getting dinner ready.  He sits at the kitchen table.  It takes lots of conversation while he tries to negotiate a way out of writing. It is difficult to endure but I persist.  If I let him wait until after dinner, he is too tired. So I refuse to change the time.  I bribe him with food treats, which I would give him anyway.  Or I promise a chance to play on my iPad for 15 minutes after he is done.

I give him a choice of three topics to write about.  More discussion.  Eventually he decides on one topic.  I write that word in the middle of a PLAN paper and now we decide on three ideas about the topic.  I write three more idea words.  He connects those words to the topic word in the center of the page. The key is the PLAN.  Now the struggle s over.  He has a plan to follow, so there is no more pulling info out of him.  It is a task to be completed.  He can work independently for a moment using the notes in the PLAN.

I try to walk away and let him do his own writing.  I will spell a word or write a big word on his PLAN paper if he asks.  It is quite amazing how his attitude changes once he has a sentence written.  He is happy that his sentence is written.  He loves being praised for how nice he makes letter A. He rereads his first sentence to me.  I ask if it is missing anything at the beginning or the end.  Then he gets his first reward, one m&m for each word.  Now we proceed to the next sentence.

He writes three sentences for each writing task.  He enjoys reading his entire essay.  Then we are done.

His mother has said that it is difficult for him to remember his ideas when he is writing.  I hope this technique will help in the future.  I’ve learned most of it from reading your blog.

Is that it for the day?

No, next is flash cards, computer reading apps, or a real book.  With flash cards, I have him hold each card and make a little colored mark in the corner if he knows the word.  This keeps him from fidgeting and gives him an activity.  The cards get marked up, but so what!

What kind of writing should kindergarteners and first graders be able to do?

The ability to write well comes gradually and in stages.  This skill is a synthesis of many writing skills, each building on one another.  Here is what I see in practice and what the Common Core State Standards recommends for kindergarten and first graders.

As you can see, a wide gap exists between what many children can do and what the CCSS expect them to do.  For more on the Common Core State Standards, go to http://www.corestandards.org/ELA-Literacy/W/K/.

How do I know if my child has dysgraphia? If she does, can she get special help and accommodations from her school?

In order for a student to qualify for special education services, the student must have a disorder named in the Individuals with Disabilities Education Act.  Dysgraphia is not named.  However, dysgraphia is described under the category “specific learning disability.”  An assertive parent or teacher could make a case for the child’s being formally tested by a licensed psychologist or school psychologist. 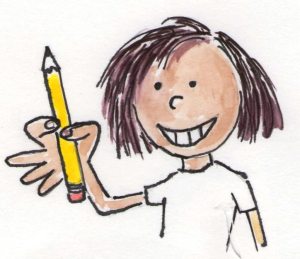 Signs of dysgraphia are many, making it hard to diagnose.  But here are some common signs.  Not all children will show each sign, and showing one or two signs does not mean a child has dysgraphia.

Children with undiagnosed dysgraphia fall behind their classmates, taking longer to finish written assignments or refusing to add details.  They become frustrated, leading to problems following a teacher’s directions and socializing with other children.

Next blog:  What can a parent or teacher do to help a child with dysgraphia?

How to motivate reluctant child writers

If the problem is physical—holding a pencil or pen, having illegible handwriting, or sitting still long enough to write—you can help if you

If the problem is perfectionism—erasing every mistake, insisting that she start over again and again—you can help if you

If the problem is inexperience—too young or too sheltered to have a large mental “data” base—you can help if you supply the story structure.

If the child is a poor speller,

If the child has no idea how to begin a story, or how to sequence it, or if she forgets what she wants to happen next,

If the child’s vocabulary is limited

If the child has failed at writing before, and fears failing again,

Who can publish a book? How about a a second grader?

When my daughter was in third grade she decided to write her own book about penguins.  She scoured our National Geographic magazines for pictures and facts about penguins. She wrote the text and compiled it into several pages of information.  I helped her sew together blank pages to form a booklet. She pasted her photos and text on many pages and assembled a cardboard cover which she covered with left-over wall paper.

She wanted her book to be a “real” picture book. So she included a title page, a dedication page (to the National Geographic who had helped her with so many assignments) and an “about the author” page at the end  with her school photo and facts about her eight-year-old self. Her teacher asked if the book could become part of the school library. It did, and her classmates were able to check it out.

I told this story to a second grade student of mine recently, and she decided to write her own book. She entitled her book “Where is Daddy?” because her father travels frequently for work. She drew pictures of her house, such as the kitchen, the deck, and the toy box. Under each picture she wrote text. The last page shows a door, which can be opened, and behind it is a drawing of her father coming home with his suitcase.  You can read the book yourself by clicking the cover below.

Click on the photo for a full size version of this second grader’s book.

Perhaps it is hard to believe, but this student can be a reluctant writer who balks when I ask her to write. Yet for this book project, she took the lead, coming up with ideas and illustrating it herself. She was a writer on a mission to create a wonderful welcome home gift for her father.

From my daughter and my students I have learned how important publishing for a real audience is to children. Certainly it takes work on the part of an adult to help to create a book, a blog, a birthday card or whatever form of publishing a child desires. But unlike most school assignments, their published writing will be savored for years, and may inspire other children to write.

Do you have students who read over a list of writing topics and then set it down, bored? I have found topics that are sure to interest them.

One group of topics concerns weird, unusual or unbelievable images.  If you use any of these topic suggestions, make sure you share the images from the internet with the student. It’s the images which will bring a smile and a flicker of interest. Then together you can come up with ways to work one or more images into writing.  If access to the internet is not available, then make a photocopy of some of the images for the student to look at.

These topics work well in the fall as Halloween approaches. 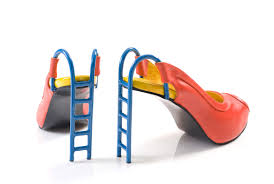 Another group of writing topics of interest to kids is the games that they play.  I allow students to add hand drawn diagrams to their writing to encourage them to use these topics, but I make sure they explain everything in words too.  Some ideas you might try are

What about video games?  I find they don’t work.  When I let kids write about them in the past, the essays would go on for eight or ten pages with no end in sight.  I wound up writing “to be continued” at the end of a page so the student could move on to revising and editing.  Also, the writing is tough to understand even if it is done well because of the strange way vocabulary is used in the games.  Beware.