Two kinds of citation errors:  not citing paraphrases and summaries, and using the wrong punctuation

Students make several kinds of errors when using citations in their research papers.

Direct quotations, paraphrases and summaries all need to be cited.  If the original source of  material you are using in your essay or research paper is not you, you need to give that source credit.  Not to do so is plagiarism, which I will discuss in a future blog. 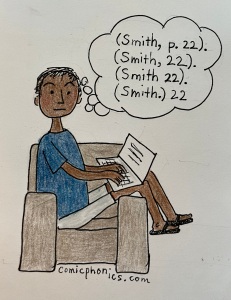 Another error—the most common error—is to use improper punctuation in your essay or research paper.  In the United States, three commonly used documentation “styles” of citing information are the MLA, the APA, and the Chicago Manual (sometimes known as the Turabian).  If you are not familiar with “styles,” ask your teacher to explain the one you need to use.  You can find information online as well.  The MLA style is used in English courses and  in other language courses.  The APA style is used in the social sciences.  The Chicago style is used in history, social sciences and humanities courses.

You may think, you gotta be kidding!  No.  As you go through middle grades, high school and certainly college, you need to become familiar with various styles and to use them correctly.  Fortunately, online sources exist where you can input your source’s information and the website will order and punctuate the information correctly.  Swipe, copy, and paste into your paper.

What is a rhetorical précis?

A précis is a highly structured summary of a text, focusing on the text’s argument and presentation.  It is a type of academic writing presenting factual information only, without opinions of the précis writer. 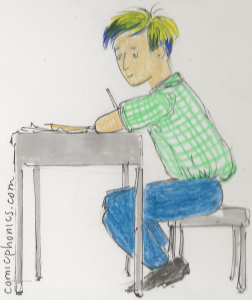 One way of organizing a précis is to write a four-sentence summary:

The opening sentence names the text, its author, genre and publication date followed by a clause naming the thesis of the work.

The second sentence explains how the author develops the thesis, with information usually presented in the same order as in the original text.

The third sentence explains why the text was written, often followed by an “in order to” phrase.

The fourth sentence either describes the intended audience or the tone of the text.

Let’s look at a précis I wrote about the Declaration of Independence:

In the Declaration of Independence (July 1776), Thomas Jefferson argues that because King George III usurped the liberties of British citizens in the North American colonies, those citizens were declaring their independence from Britain.  Jefferson divides the Declaration into four parts:  the preamble, a short paragraph explaining that the world has a right to know why the colonies are separating; second, the most quoted part, the philosophical justification for the separation; third, the longest section, the list of grievances against King George III; and fourth, another short paragraph declaring independence.  Jefferson’s purpose was to present a logical and legally sound justification for the separation in order to gain the support of all 13 colonies and of potential international allies.  The author’s tone is formal as befits the seriousness of the purpose.

Why are students asked to write a précis?  A précis demands summarizing, analyzing and culling a text into a concise format, eliminating opinion.  Writing a good précis proves whether a student understands a text and whether a student can write.

SAT essay: Should you write a separate summary or weave it together with the persuasive techniques?

Should you separate the summary from the analysis when you write your SAT essay? 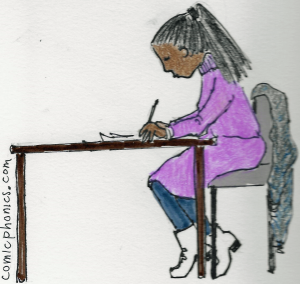 I recommend you separate your summary and analysis.  Here’s why:  it’s easier.

Weaving all the elements into your response in an integrated way might be possible.  But more likely, your summary or your analysis will suffer.  It will be clearer to you as you write that you are covering what you need to if you isolate the two important elements, the summary and the analysis.

Weaving everything together is a more elegant way to write, but it is also a more difficult way to write.  The exam is stressful enough without adding another layer of difficulty.  Unless you have received perfect scores on AP lang or AP lit, I would not attempt it.

There is not one perfect way of writing your response.  Rather, there are several good ways.  Focus your time on the analysis part of your response; that is the part whose score is usually lowest.  Focusing on that part of the essay can improve your score the most.

What are persuasive techniques used in the SAT essay prompt?

Most students writing the SAT essay find summarizing the persuasive essay prompt to be easier than explaining why the prompt persuades.  But analyzing and explaining the prompt is an important part of your essay response.  It is an area where you can pull ahead if you know how to do it. 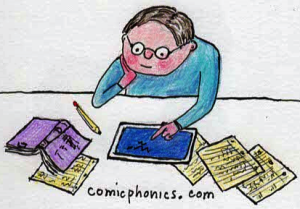 ____ allusions, especially to the Bible or Shakespeare

____ examples, spot-on and easy to understand

____ experts, authorities in agreement with the author

____ inclusive language, including the reader with words like “we” and “us”

____ personal experience, education, or work of the author

When you analyze why the essay prompt is persuasive, you must identify several of the above techniques which the author uses.  You must give one or more examples of the techniques you identify.  And you must explain why using each technique persuades readers to the author’s point of view.

More of that in future blogs.

Start your SAT essay with a one-sentence summary

If you write the SAT essay, you need to do three things well: 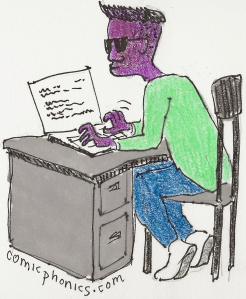 When you write a summary for the SAT essay response, I recommend you start with a one-sentence summary of the whole essay prompt.  Why?  Doing so proves you know what the essay is all about, what the gist of the essay is.  In the few sentences which follow, you can elaborate by stating the supporting main ideas.

For example, suppose you were to write a one-sentence summary of the US Declaration of Independence.  The first section of that document introduces the idea that the colonies are breaking away from Great Britain and that the world deserves to know why.  The second section identifies the legitimacy of such a break by any people who think their government is not supporting their rights.  The third section names the many grievances the colonial people have against King George III and his government.  The last section declares the independence of the 13 colonies.

How to put that all in one sentence?  How about this:

Thomas Jefferson wrote the Declaration of Independence to tell the world why the colonies were breaking away from their long established relationship with Great Britain and were declaring their independence, and why they had the right to separate.

All the important information is in this one sentence:  the author, the name of the piece of writing, and the major ideas of the document.

Let’s try another.  How about summarizing Romeo and Juliet in one sentence?   In Italy hundreds of years ago, Shakespeare has two teenagers meet, fall in love, and marry despite a feud between their families, leading to a tragic ending for the young lovers.

Or how about To Kill a Mockingbird?  Author Harper Lee has a precocious white girl, her brother, and their friend taunt a reclusive neighbor while the children’s father defends an innocent black man on trial for his life in 1930’s rural, bigoted Alabama.

You will have one major help:  the thesis is given to you.  In the paragraph following the essay prompt, the thesis is named.  Many times you can wrap your summary around its ideas.