Why are “how” questions harder than “why” questions?

A sixth grade student I was tutoring this past week commented that he would much rather answer questions that asked “why” than “how.” 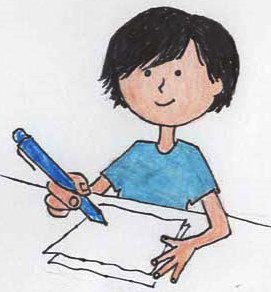 “Because you can start a ‘why’ answer with the word ‘because,” but I don’t know how to start a ‘how’ answer,” he said.

I looked through a 2016 New York State sixth grade exam to find out which kinds of questions comply with the Common Core State Standards, and here are some of the questions I found:

Then I thought of my students’ written answers to these questions, and sure enough, the “why” questions were responded to better than the “how” questions.

Both “why” and “how” questions require students to analyze a text, a harder task than recalling knowledge or proving understanding, according to Bloom’s taxonomy.  So in that sense, they begin at about the same difficulty level.

A “why” question usually requires one reason although two or three reasons might contribute to a more complete answer.  For example, the question, “Why was George W. Bush elected US President in 2000?” can be answered with one idea:  He gained enough electoral college votes to win.  More could be said about the popular vote and the Florida debacle, but it is not required.  The electoral college information suffices.

But the question, “How did George W. Bush win the election in 2000?” requires more information, especially about the Florida recount and the involvement of the US Supreme Court.

Usually “how” questions require a sequence of information—more than one idea—or a comparison of information.  A “why” question requires one idea only.

For example, in the “how” exam questions listed above, to describe how Trina’s mood changes, the student must describe three things:  her mood at the beginning, the event which changes that mood, and her mood at the end.

To describe how a father’s advice that Julianna must look at the whole picture relates to his painting, the student must first describe the fragmented way Julianna is talking about her boyfriend’s eyes, hair and cheek color, and then relate the fragmented way her father talks about painting a cow, a meadow or sunshine, and then relate both conversations to the father’s statement that putting it all together is when the magic happens.

My student’s insight taught me that I need to discuss with my students what kinds of information are required to answer “how” questions.  To prepare them better for their exams, together we need to respond to more “how” questions, first discussing the kinds of information needed to supply a complete answer.  In this case, it is the thinking through of the answer rather than the actual writing which is difficult for students.

Did the Common Core eliminate cursive handwriting as something kids need to learn? I can’t believe it!

The Common Core requires legible manuscript (printing) in kindergarten and first grade, but after that there are no standards relating to handwriting.  Learning cursive writing is not required.

In fourth grade, the Common Core requires students to be able to keyboard or type a full page at one sitting.

However, the Common Core developers have encouraged individual states and school districts to modify the standards as is appropriate for their populations.  Some states have included handwriting.  In California, kids need to learn printing in second grade and cursive in third and fourth grade.  Massachusetts requires legible handwriting of any kind in fourth grade.

Does your state require children to practice handwriting?  You can find out by going to your state’s department of education and searching for the state-required curriculum.  You may find that your state has adopted the Common Core as a whole, in which case handwriting will not be taught after first grade.

But that does not mean you can’t augment your child’s learning.  Teacher supply stores sell booklets on how to write in cursive.  Or you can go online to find such materials.

One good reason for children to be able to read and write cursive is to be able to read documents from the past.  The original Declaration of Independence and US Constitution were first written in cursive as were all documents before the 1860’s when the typewriter started being used.

Another reason is that teachers in higher grades and college often write notes, worksheets and sometimes tests in cursive.  A seventh grader told me that when her science teacher wrote some notes on the white board, few students in the class could read them.  The same teacher wrote a thank you note to members of a team she coaches, and the students needed to ask their parents to read the note to them.

Until word processing became popular in the 1980’s, most private correspondence, diaries, journals and manuscripts were written in cursive.  How awful not to be able to read great-grandpa’s post cards home from WWII or great-grandma’s recipes in her hand.

Written responses to test questions can be made faster with cursive than with printing.  This might not seem important when children are little, but writing a complete essay in 25 minutes for the SAT is another matter.  Sometimes students will have electronic notepads to take notes, but when they don’t, they will appreciate the ease of note-taking in cursive.

A few minutes a day practicing one letter at a time is all it takes to learn cursive.  Yet that knowledge opens another world to children, as does reading music, Braille, sign language or numbers.

If you are looking for a way to help students write better responses to questions about a reading selection, RACE might be the answer.  RACE is a method of responding to questions requiring evidence.  Responding to these kinds of questions is required by Common Core Standards.

An example might help you understand this method better. Suppose a high school student has just read from her textbook about the election of Abraham Lincoln in 1860 and the actions of southern states immediately after his election.  Then she is asked to answer this question, citing information from her text:

Did Abraham Lincoln’s election as President of the US lead to the Civil War?

Restate:  Yes, Abraham Lincoln’s election as President of the US did lead to the Civil War.

Answer:  Right after his election, many states seceded and eventually attacked the US.

Cite Evidence:  According to the passage, Lincoln was elected in early November 1860 and took office in March 1861. The legislatures of seven southern states, including South Carolina, Alabama, Georgia, Mississippi, Louisiana, Florida and Texas, voted to leave the US during the winter of 1860-1861. They did this because Lincoln had a reputation as anti-slavery. In February 1861 they formed the Confederate States of America. About a month after Lincoln took office, on April 12, 1861, a US fort called Ft. Sumter was attacked by Confederates. After that attack, Virginia, Arkansas, Tennessee and North Carolina also seceded. Congress declared war on the Confederacy.  Lincoln was President a little more than a month when the Civil War began.

Explain how the evidence supports your answer: Before Lincoln was elected, the US was one country and no states had seceded. Within five months after he was elected, seven states had seceded, and then weeks later, four more states seceded, and Ft. Sumter was attacked.  The Civil War began. Lincoln’s election as president directly led to the Civil War.

Can this method be used with younger children too? Yes. Consider this third grade question:

Cite evidence: Fossils are found in rocks.  These rocks form when layers of mud pile up with shells and bones stuck in the mud. The mud on the bottom becomes hard rock millions of years before the mud on the top does.

This method of answering questions requiring evidence is being taught in Georgia public schools where I live.