Use the word “said” instead of one of its many synonyms

Using the most specific vocabulary word usually is good advice in writing, but there is one exception: the word “said.”

Told, stated, remarked, revealed, whispered, shouted, spoke—the list of substitutes is practically endless. But most of the time, “said” is the best option.

We are so used to reading the word “said” that it virtually disappears, much like the article, “a.” That is what we want. We need to let our readers know who is speaking, but usually the manner of speech is not important. By using any word other than “said,” attention is drawn away from what is said to how it is said, which we don’t want. 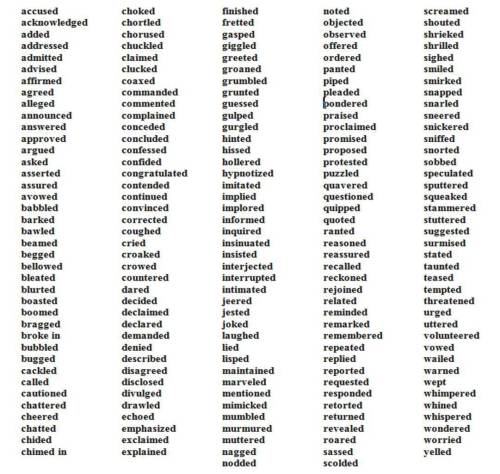 Synonyms for the word “said” as compiled by http://www.synonyms-antonyms.com

This entry was posted in revising weak verbs and tagged replace vague verbs with specific ones. Bookmark the permalink.